There is a need for certain weapons to be available for the production of Film & Television. As one of only a handful of makers of impact weapons in the world, and the only one I know of in the UK, I can produce any of my items for productions, either as 'live' weapons or as 'prop' weapons.

'live' weapons - impact weapons made as originally designed, with weight, metal etc. that would have actually been used by police or criminals in their time

'prop' weapons - impact weapons made to look as originally designed. They will be sae size, shape and the outside coverings will match the 'live', but there will be no significant weight or effectivness to them. i.e. in the case of blackjacks the lead weigh is substituted by a light weight wood, so it retains regitity and strength, but extremely unlikely to cause any injury if used.

I get a lot of unsolicited cold calls offering me the best investment on bitcoin, land, and shares etc. so if you phone me from an 020 (London number prefix) I will likely not answer the phone immediately. Leave me a message and I'll call you back.

Under UK law these are classed as offensive weapons, and are against the law to be owned privately. I produce these using the traditional 'sand casting' technique, this gives them the historical look that CNC machining does not.

Currently under the Offensive Weapons Act 2019, Part 4, Section 46, Paragraph 11B, I can produce these for 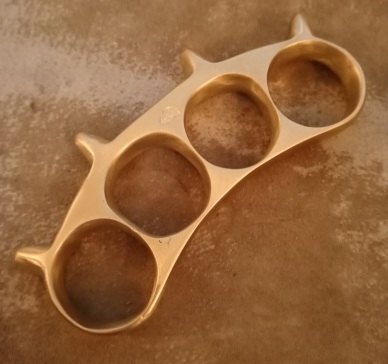 My version of the WW1 Austrian trench knuckleduster 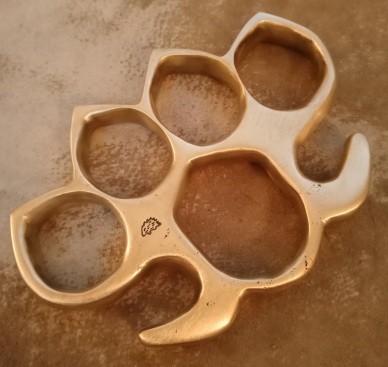 My version of a rare WW2 Britsh design knuckleduster. I saw this design sell through an auction house in 2021 for in excess of £700, which atests to its rarity 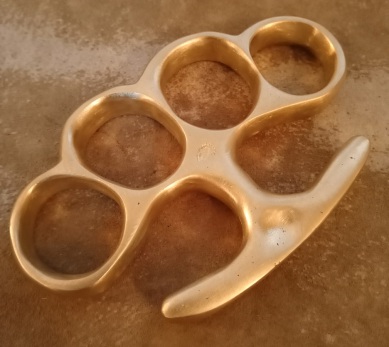 This is the classic American design, maybe wrongly referred to as the Lincoln, with the T handle. My version has been tweaked slightly to follow the more traditional British knuckles, and the finger stalls are sized, so the pinky stall is smaller, which means it can only be used one way round.

Wrongly called a Lincoln, as President Licoln didn't actually carry knuckles but his body guard did, with this T brace 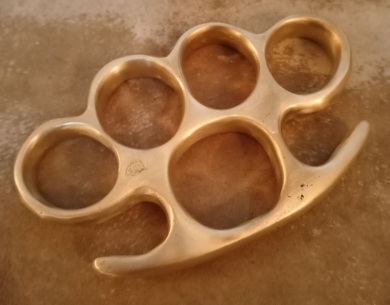 This is the most common design for a knuckle duster as seen in Europe and America. Again with the British tradition asmentioned above with the Lincoln 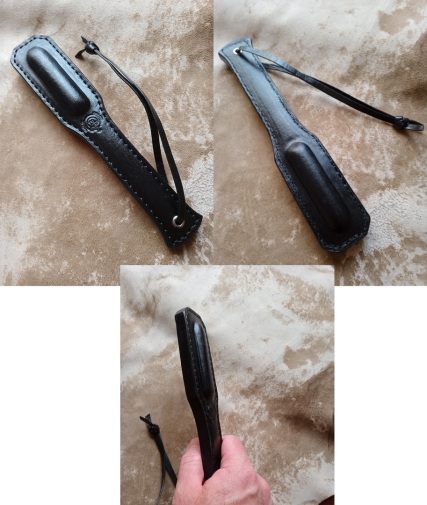 This is a 'prop' Macky sap I made for an ITV series. Exact same size and shape as the live version, but nearly no weight in it at all. No spring steel and no lead.